Tickets are now on sale Photos from our first production of The Vicar of Dibley

Book of Condolences and Memories 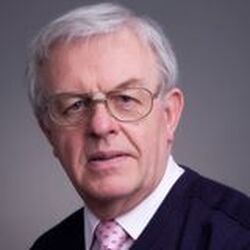 It is with great sadness that we share the loss of our friend, chairman and director, David Clayton.

His passion for theatre was at the heart of the company and he was an inspiration to so many of us.

David first performed with The Community of Hungerford Theatre Company in the 1989 Production of Babes in the Wood, in which he played 'Nurse Mother Care', but  he switched to directing in 1991 when the company produced 'Oliver'. Since then he has directed 30 town shows and The Players Productions.

In his role as chairman he helped expand the company with the Young Performers, Children's Theatre and Youth Theatre, which brought a love of theatre to countless young people in the town, many of whom have gone on to pursue careers in the performing arts.

He strongly believed that theatre was for everyone who wanted to be included both on and off the stage and made sure that this was possible. Through touring shows and fringe theatre, he found a way to create stages in unusual performance spaces to reach new audiences and adapt to new situations.

It is impossible to summarise the magnitude of what he did for this company or the full scope of the positive impact he had on everyone who worked with him.

We invite those who knew David to write in our Book of Memories and Condolences, which is linked here.

Please support your theatre company. Click on the picture above for the link to our West Berkshire lottery page. As well as having a chance to win £25,000,we will get 50% of all tickets that are purchased.